45 - Is repeat treatment with high concentration capsaicin patch beneficial in patients with peripheral neuropathic pain who did not respond after a first treatment? 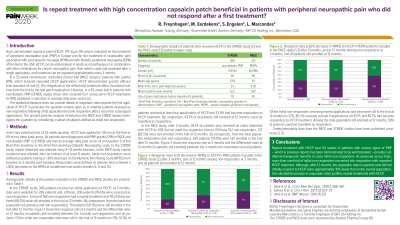