60 - Concern About Addiction is Associated with Lower Quality of Life in Patients with Osteoarthritis: An Observational Data Analysis 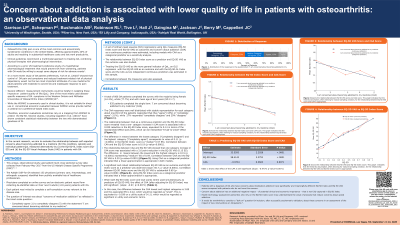